How to Fight ‘Time Famine’ and Boost Your Happiness

(CNN)Ashley Whillans’ summer started with what she calls “time famine.”

Time famine, a term that first emerged in the scientific literature around 1999, refers to the universal feeling of having too much to do but not enough time to deal with those demands.

After earning her doctorate degree in social psychology at the University of British Columbia in Canada, Whillans was offered a coveted assistant professorship at Harvard Business School. Last month, Whillans and her husband uprooted to Cambridge, Massachusetts, in the United States — and it was overwhelming, she said.

“We find that spending money on time-saving purchases promotes daily happiness and reduces negative mood, because it protects us from the time stress that we feel in our daily lives,” Whillans said. “So, I definitely have used in the last few weeks time-saving services,” such as grocery delivery or house cleaning services, car services like Uber or Lyft, or paying a teen in the neighborhood to mow the lawn. 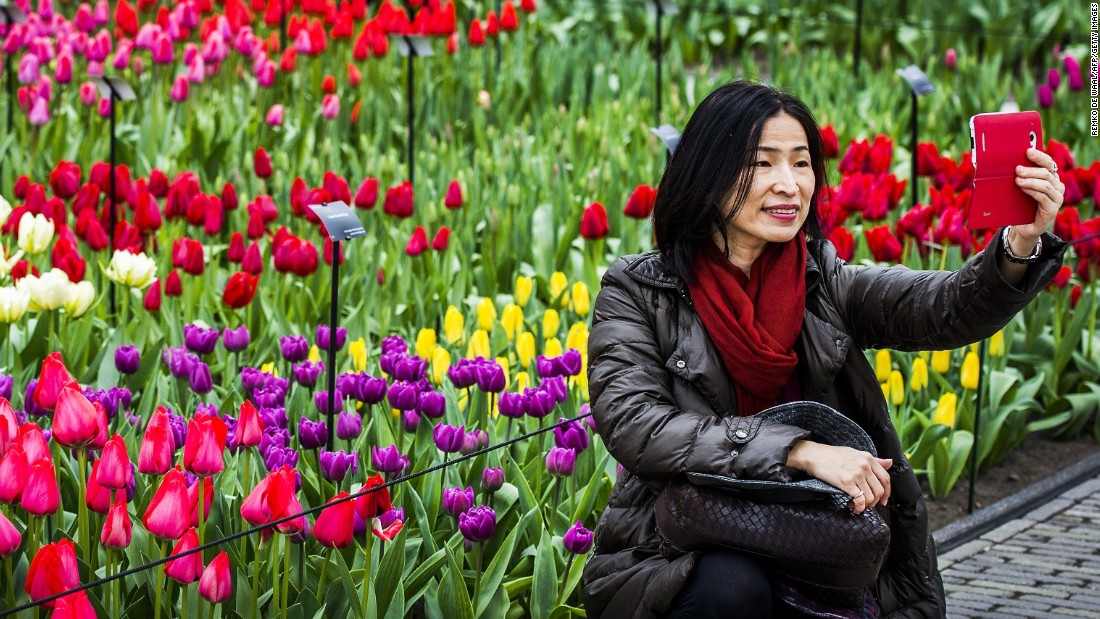 Spending discretionary dollars on time-saving purchases may protect you from the detrimental effects that a time famine can have on your happiness, suggests a new study of which Whillans served as lead author.
How so? Buying time could provide a buffer against such time famine, thereby promoting overall well-being and happiness, according to the study, which published in the Proceedings of the National Academy of Sciences on Monday.

On the surface, the study may seem like it’s offering a solution only for the affluent — not everyone has the discretionary dollars to pay for time-saving services — but the study also points out how time famine impacts us all.
“I think our research actually flies in the face of the preconception that time-saving services are just for rich people,” said Elizabeth Dunn, professor of psychology at the University of British Columbia and a co-author of the study.
“Sometimes when people imagine time-saving services maybe what they’re picturing is a house keeper, butler, and a gardener,” she said, “but what we’re talking about is just spending $40 makes a difference.”
On average, the hourly cost of a house cleaner can range from $25 to $45, according to the American home services website Angie’s List.

“I have groceries delivered to my house. I had someone clean my house before my father came to visit. I had someone move away my moving boxes. I honestly think, if it wasn’t for doing this research, I might have had some apprehension with making those purchases,” Whillans said.

Time famine, across all income levels

The new study included self-reported data on 6,271 adults from the United States, Canada, Denmark and the Netherlands. The data were collected through questionnaire-based studies and an experiment.

The adults, of various income levels, all shared information about whether they tend to spend money — and how much — on time-saving purchases, as well as how satisfied they feel with their lives.

The researchers found that, regardless of income level, spending money to buy time was associated with greater life satisfaction. They also found that the negative effects of feeling stressed for time were reduced among those who reported making time-saving purchases, such as paying others to clean their home or run errands, for instance. 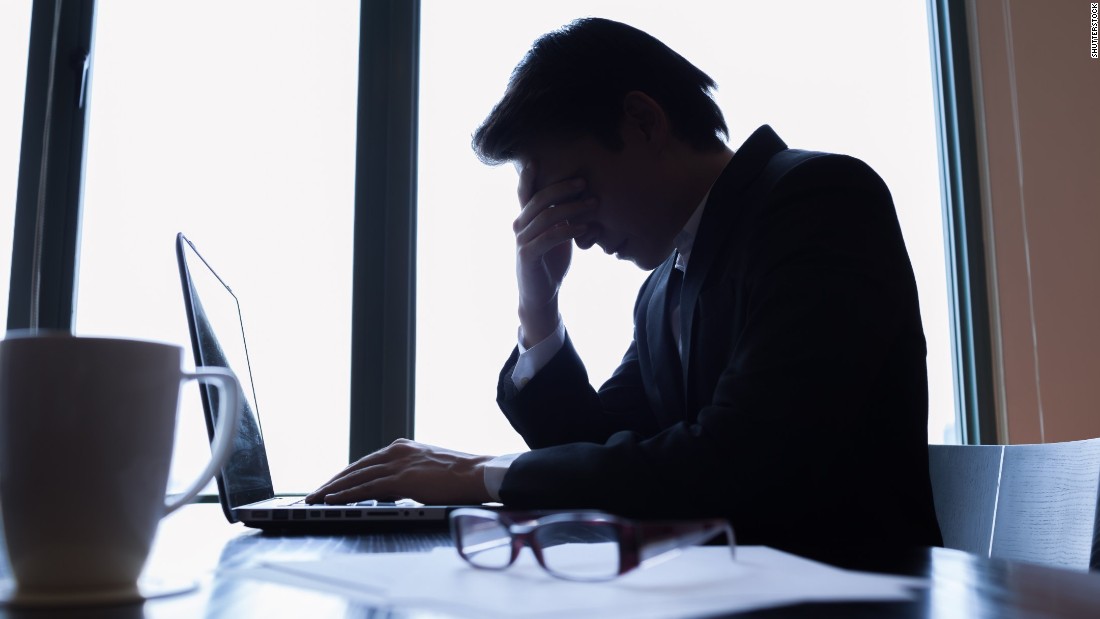 “What we actually find in our data is that the role of time-saving purchases is independent from the role of income in predicting happiness,” Whillans said.
“Across studies we find that people who spend money in ways that allow them to have more free time report greater life satisfaction,” she said. “The way that people are spending money, and in this case, spending money to buy themselves free time, has a similar positive association with happiness as how much money people make.”

That finding also emerged when study participants were randomly assigned to actively make time-saving purchases, Whillans said.
After all, across all countries represented in the study, it turned out that not many people actually made regular time-saving purchases on their own. 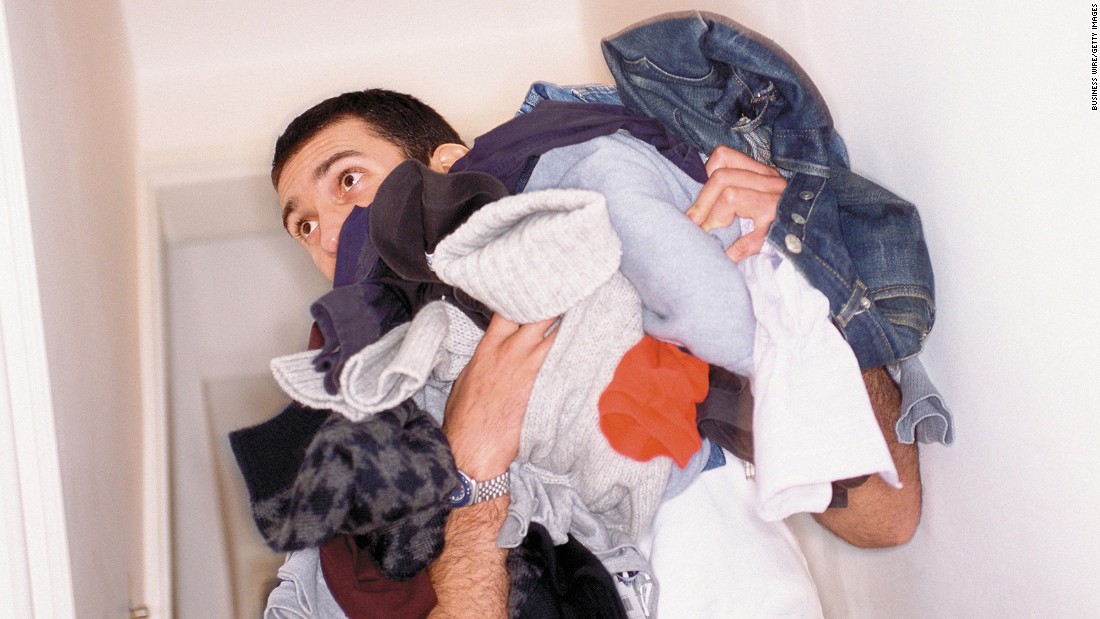 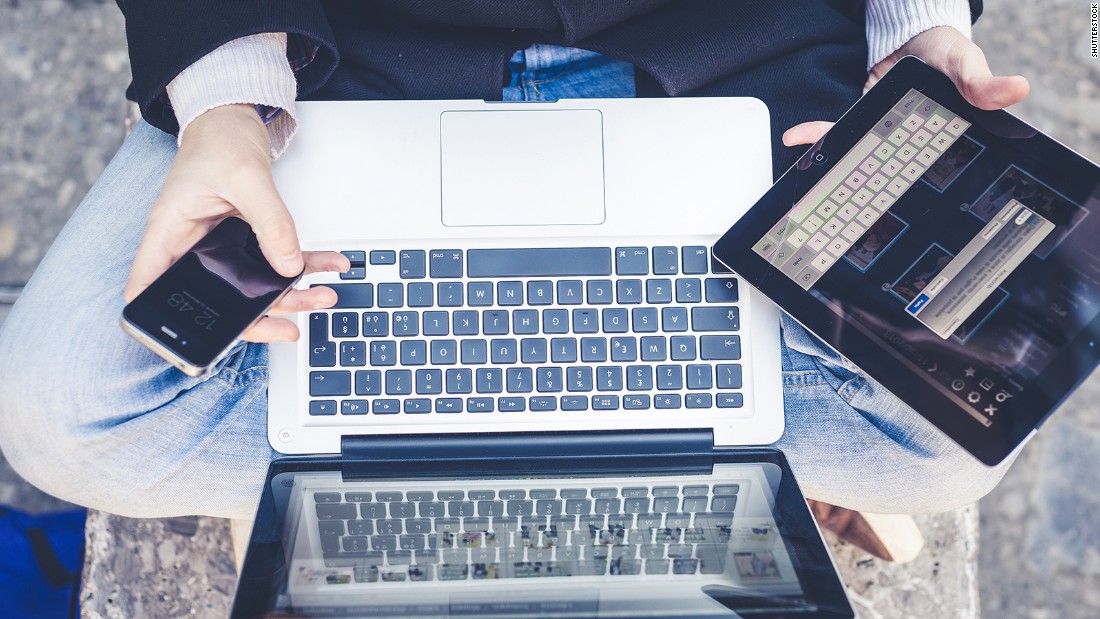 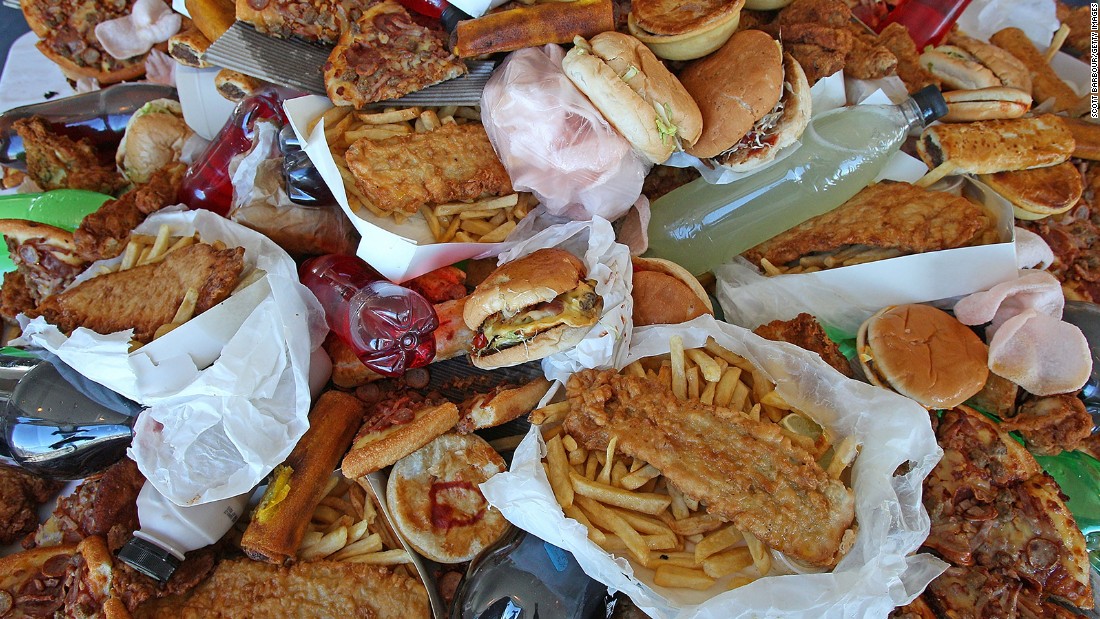 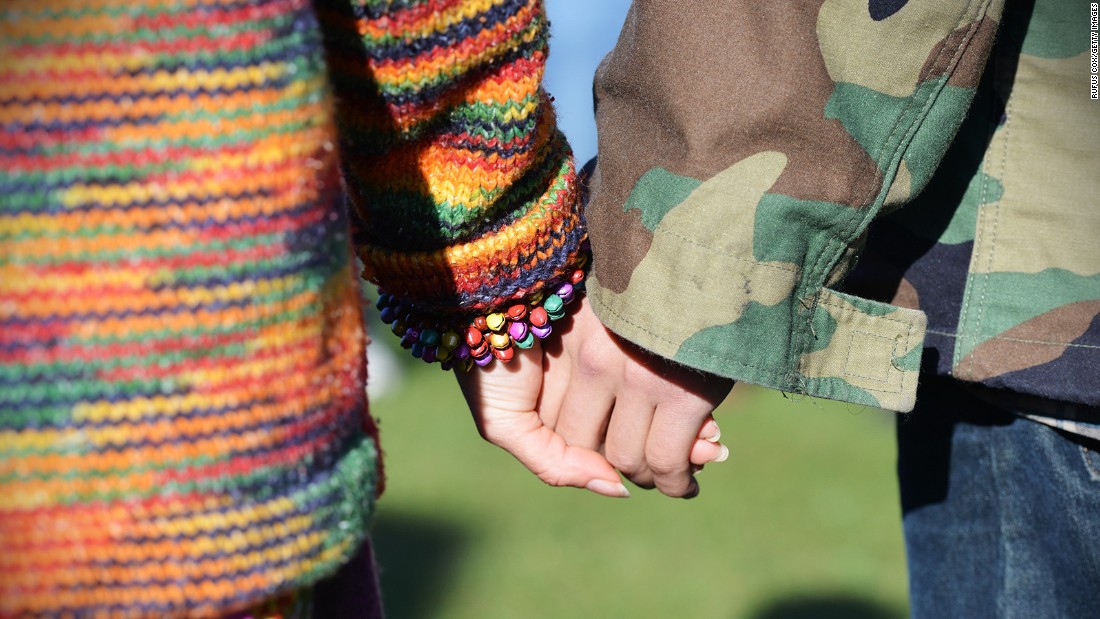 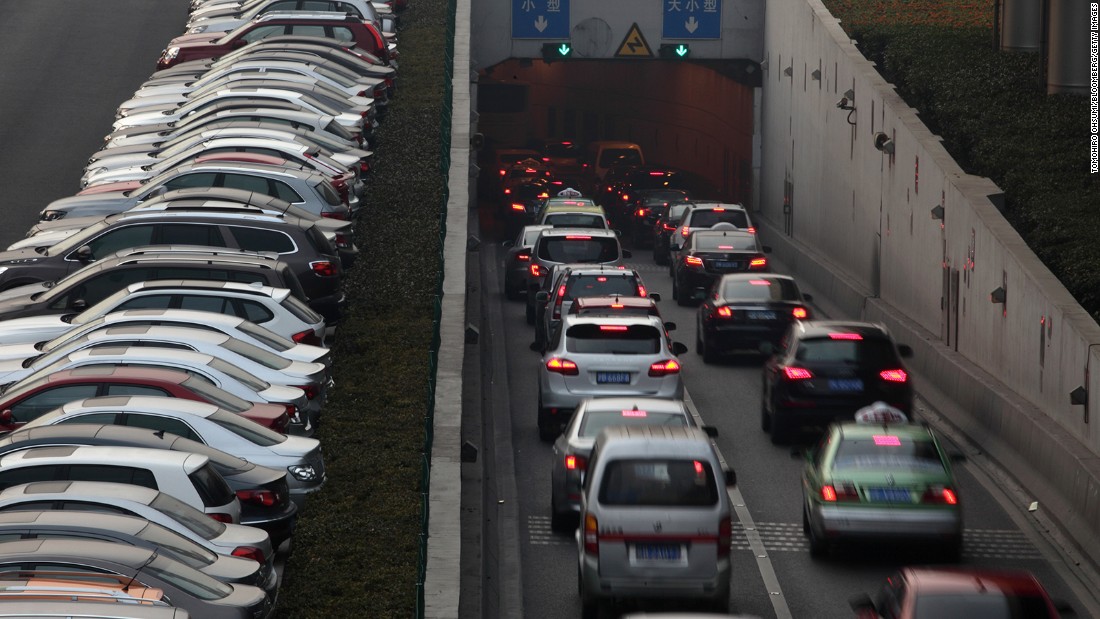 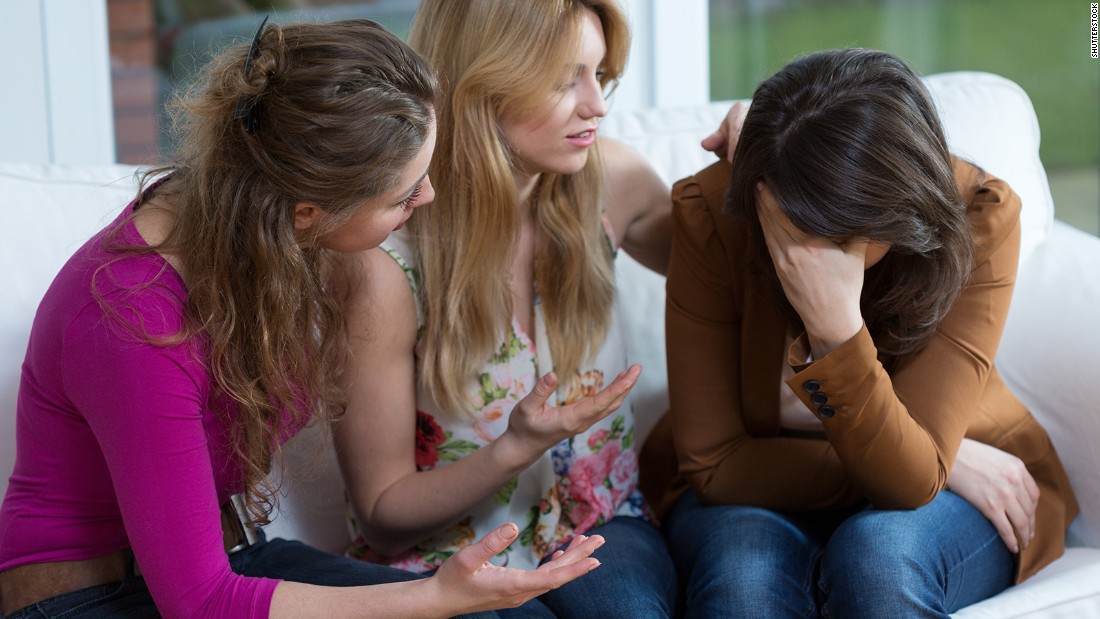 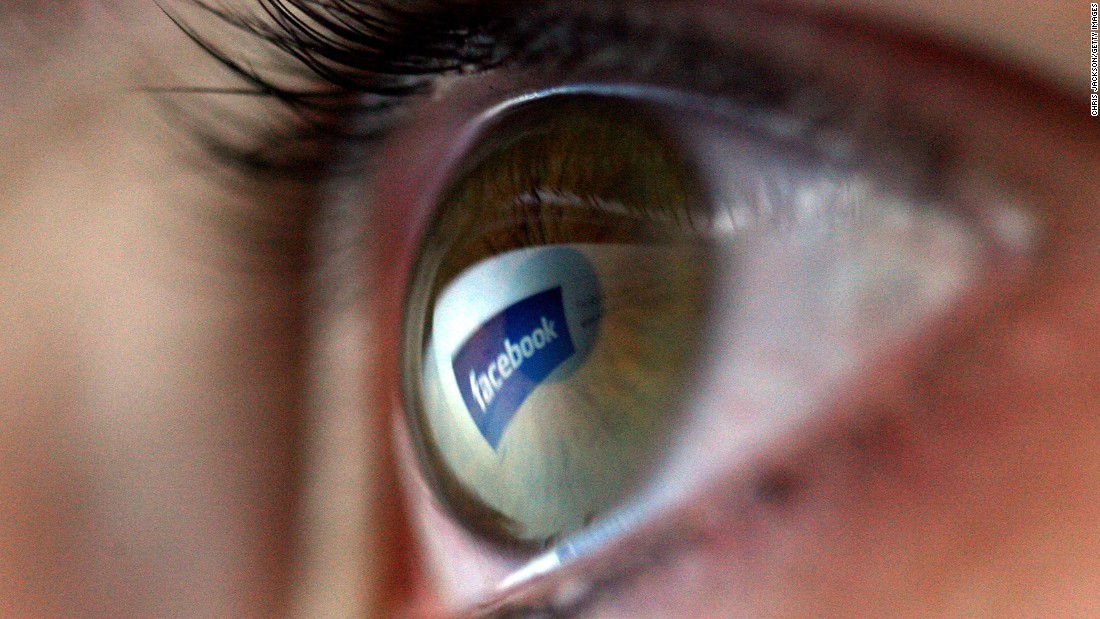 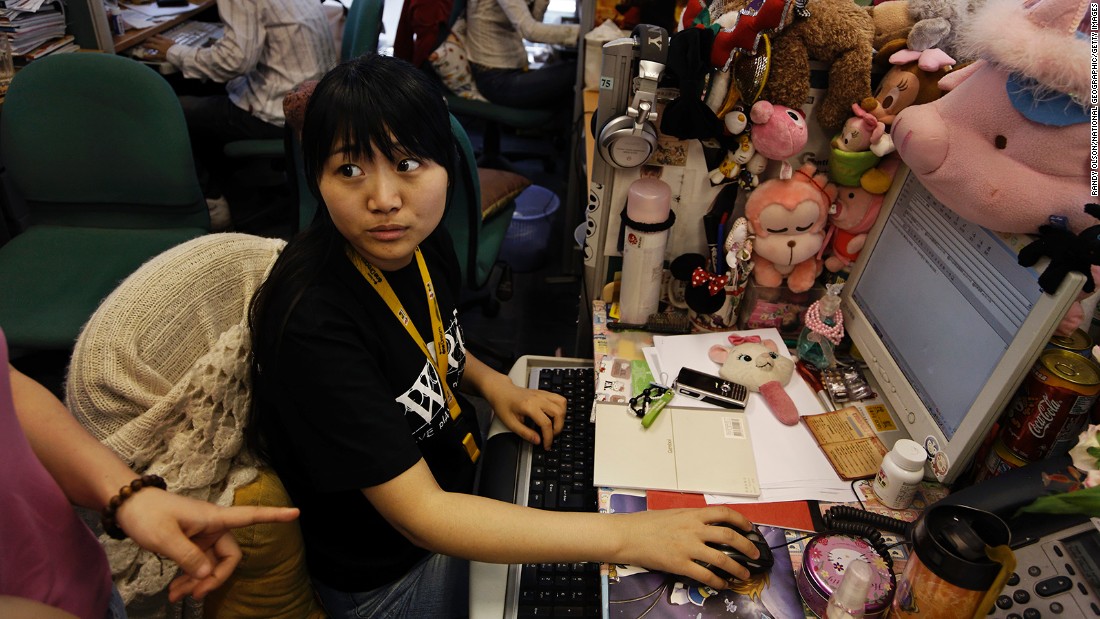 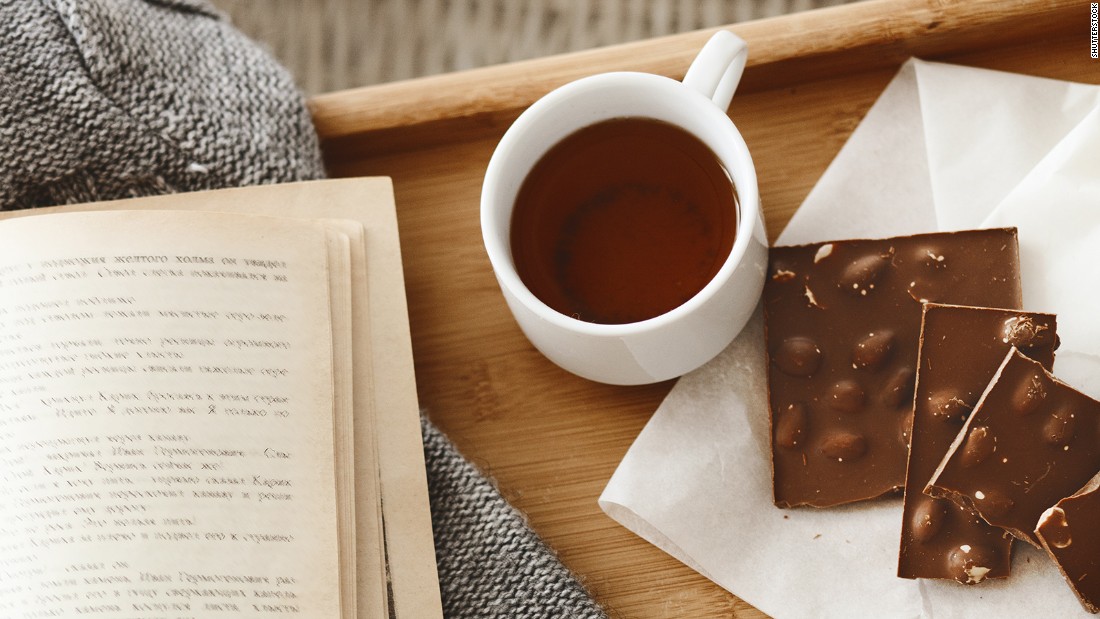 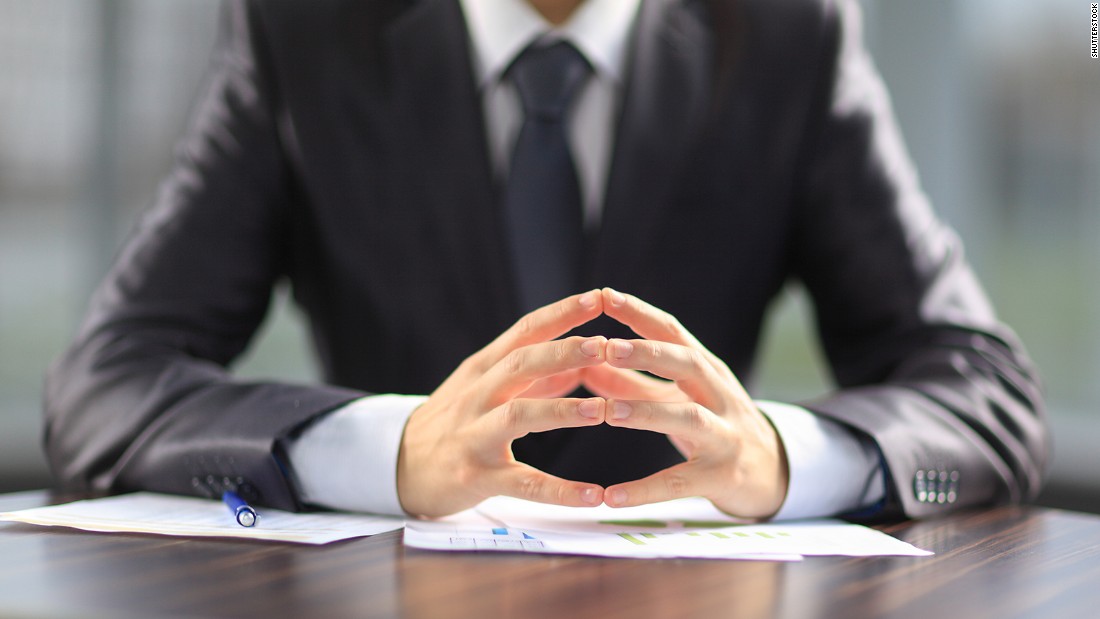 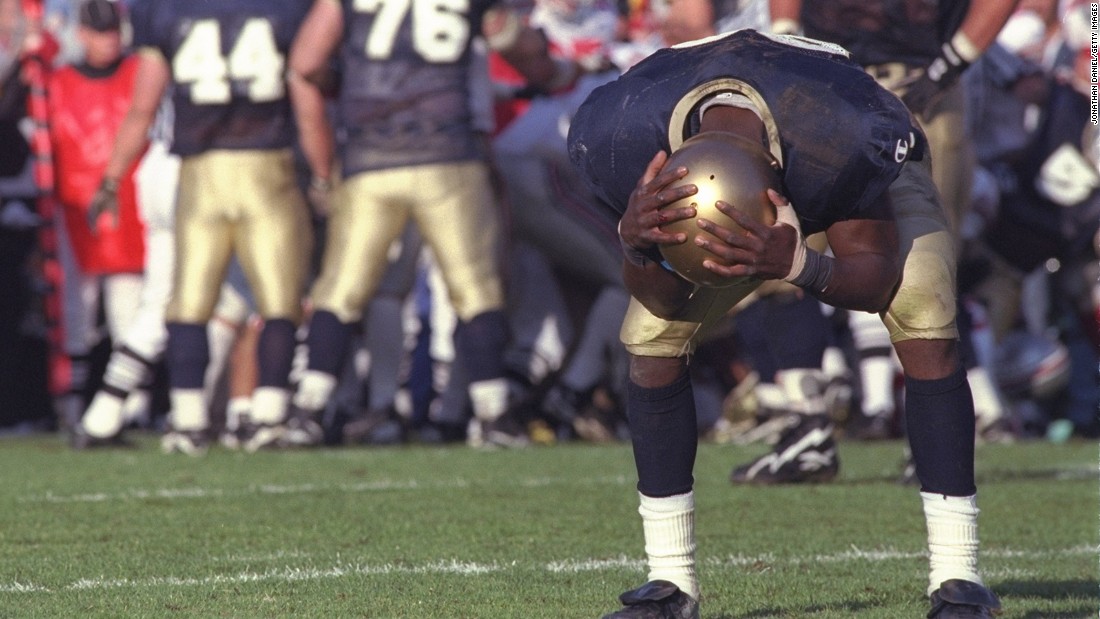 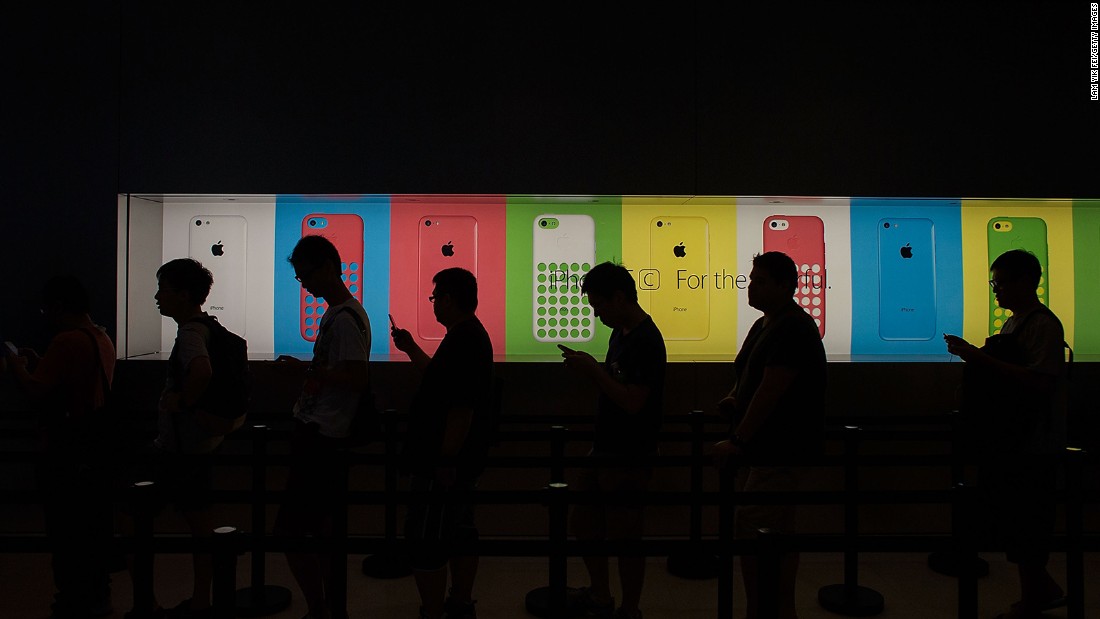 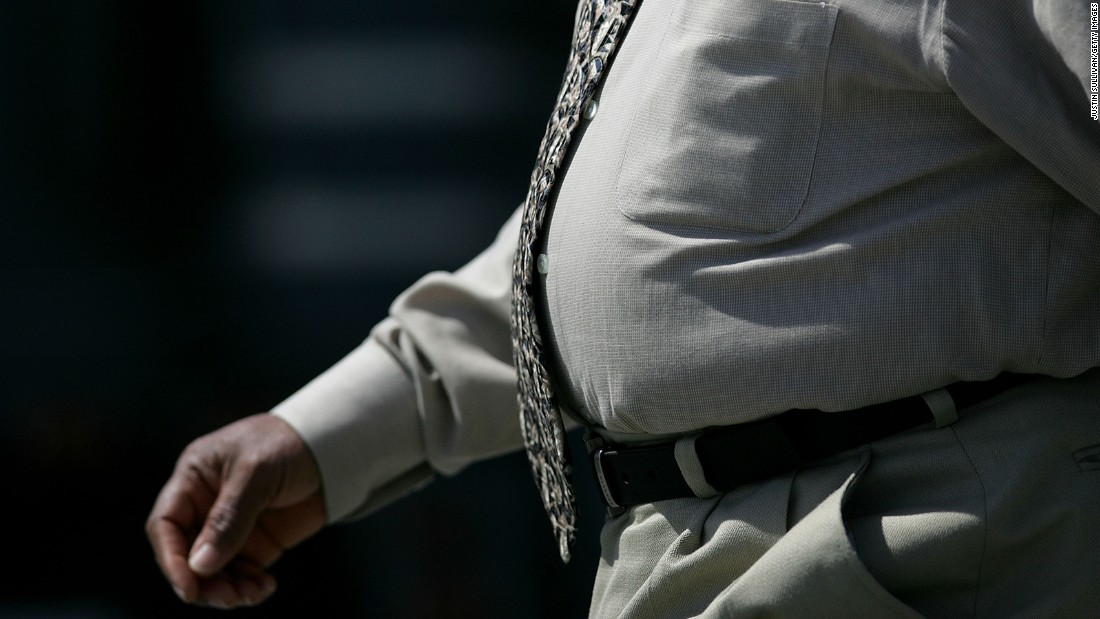 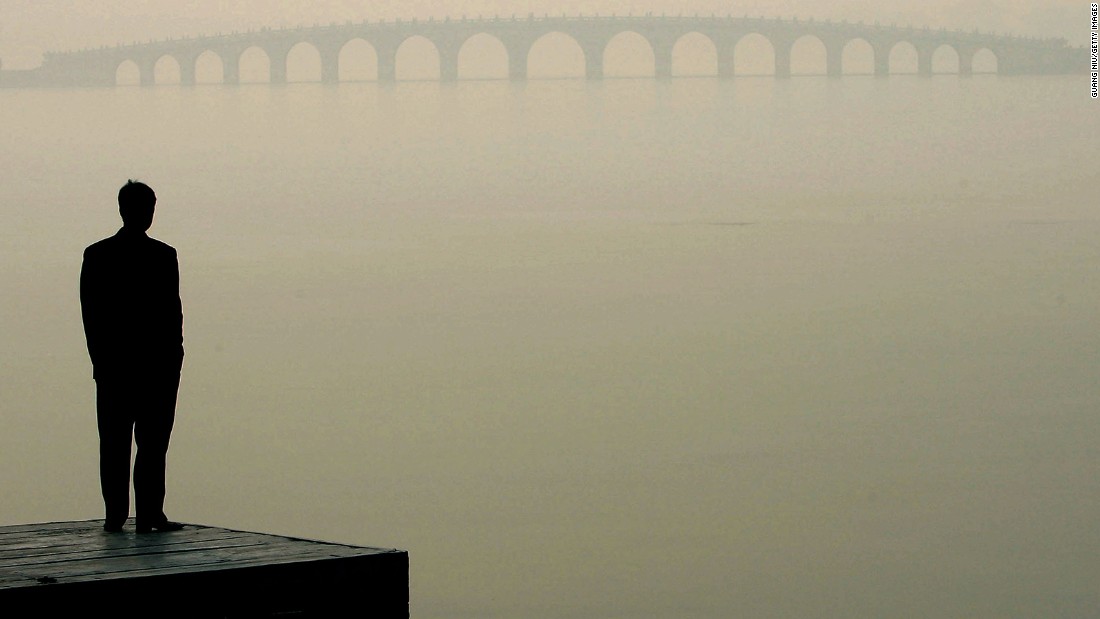 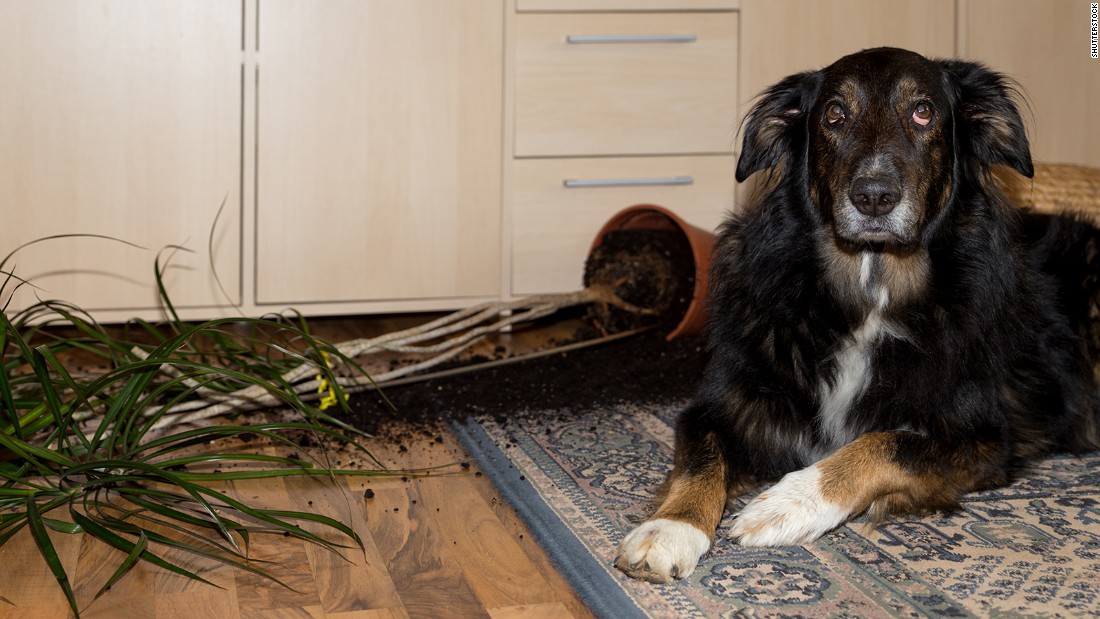 Whillans has some ideas as to why making time-saving purchases aren’t as popular as you might expect, she said.

“You have to pick up the phone and ask for help from someone that maybe you don’t know, and that can bring up a whole bunch of feelings,” Whillans said.
Also, “time-saving purchases require a little bit of forward planning,” she said. “We have to do a lot of mental gymnastics to think forward, to say that we’re going to be as busy, if not busier, tomorrow than we are today.”

‘There are ways we can deal with it’

More research is needed to determine whether there would be equal or varying feelings of guilt or benefit when buying time or seeking support from a loved one, Dunn said.

More research also is needed to determine whether there are differences among countries of various wealth when it comes to feelings of happiness and making time-saving purchases.

For instance, Denmark ranked as the world’s second happiest country, behind Norway, in this year’s World Happiness Report, released by the Sustainable Development Solutions Network for the United Nations in March. 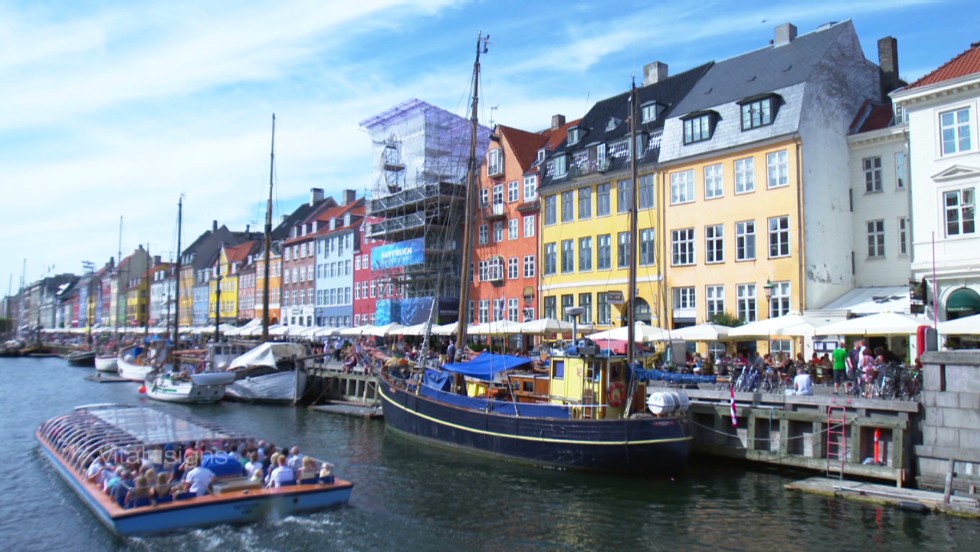 Is this the happiest place on earth?

“One thing I would really like to do would be to examine whether increased wealth within a country is more likely to translate into increased happiness, if people are using their money to pay for time-saving services and other expenditures that have been shown to benefit happiness,” Dunn said.

All in all, the new study falls in line with the previous findings of separate studies, said Jennifer Aaker, a behavioral psychologist and professor at Stanford University, who was not involved in the study.
For instance, a research paper by Aaker and her colleagues published in the Journal of Marketing Research in 2015 found that when people feel as if their goals are conflicting for their time, that perceived conflict may drive stress and anxiety — and a feeling of time scarcity.
These findings have practical implications as well, she said.

“When you feel time pressure, try to reframe the goals you have, so that they are less competitive with each other. Or identify activities that satiate multiple goals at once. For example, volunteering at a non-profit with a friend allows you to strengthen friendships while also doing service,” Aaker said.

In a separate study that Aaker co-authored, the researchers found that genuine experiences of awe can help to alter your perception of time and boost your life satisfaction.
The study, published in the journal Psychological Science in 2012, suggests that looking for moments in the day where you experience awe can help you feel more time-affluent, as if time is expanded, Aaker said.

“This notion of the time famine is quite fascinating to me in part because it’s not entirely clear that people really have less spare time today than in previous generations,” Dunn said.
“So it’s very tricky to actually look at this question empirically, but some of the best data suggest maybe the time famine is partly in our heads and if so, there’s good news,” she said. “There are ways we can deal with it.”

Study Finds That “Teen Depression” Increases Risk of Violence … So They Should All Be Treated With More Drugs That Cause Violence Instead?

Most Antidepressants Not Working for Children and Teenagers Study